Emilia Fart is an “iconic” YouTube personality that puts out the most bizarre and unorthodox content you could imagine. She has changed her appearance to be the most outlandish and annoying eyesore on the face of the planet. She says whatever comes to her mind, no matter how embarrassing or shameful it is.

And this is why I don’t like Emilia Fart.

I wanted to hate her. The first video of hers that I watched had me utterly confused and I left that video questioning how I view society, culture, and my own personal conformity. I think a lot of her content could be misunderstood, but that is just a first impression. The deeper you go into her videos, the more you begin to understand why she does what she does. The more you begin to see the person that Emilia is, as well as the character she becomes.

Emilia Fart is a smart woman. She utilized her creativity, imagination, and braveness to create a YouTube channel that not only offers entertainment but really makes you think twice about the things you say and how you view others around you.

Is she all mentally there? That’s debatable. In fact, she herself has often questioned her own sanity in certain videos. But one thing that is true is that she is unapologetically herself. She speaks her mind and shows a vulnerability that pulls you in and has you laughing and crying right along with all her crazy antics. She knows she’s a little off the wall. She knows it. And that’s what makes her so unforgettable.

After watching her first video, I found myself thinking about her content throughout my day, unable to shake the images and messages she presented. I found myself singing her theme song in the car and changing my mindset to be more “Emilia”. She promotes unequivocal acceptance of all humans, no matter what they look like, as long as they are kind people. And if she doesn’t like something about you, she damn well is going to be real with you about it.

Something else I highly respect from her is that she films in her home and doesn’t try to fabricate her surroundings. She doesn’t pretend to have a minimalist life or to be perfect. She films in her dirty kitchen, she films her knick-knacks, and she films her unshaved legs; something I have mad respect for. Because as women, hell, sometimes you just don’t want to shave your legs. That level of acceptance encourages her viewers to be unabashedly themselves. Hairy legs and all.

One of the videos that spoke to me the most was her video, How To Stop Giving A Shit. The level of truth in that video just floored me. She speaks to all the weirdos out there who ever felt sad or attacked by someone’s comments, even if they were meant good naturedly. She speaks to everyone who has ever put themselves out there and been judged. She speaks to those who are scared to take risks or be themselves because they think that it’s better to fit in than to express the magic inside of them. Just have a watch for yourself. You be the judge.

I went into the Emilia Fart experience thinking she was a clown, an annoying showoff, and a desperately sad narcissist in need of attention. And she is. But she is so much more than that. She is a deeply complex person, just like everyone else, and she has some very powerful messages of acceptance to share with the world.

Have you seen Emilia Fart? What are your thoughts on her outlandish, in your face, absurdity?

Take care, and don’t forget to take your medications!

This site uses Akismet to reduce spam. Learn how your comment data is processed. 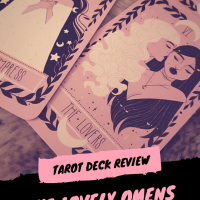